These are not Oscar-friendly foods, however if Oscar wanted a taste I would let him a try a bit since these spreads are free of artificial nasties, and while very high in salicylates and amines would only be had in small amounts.  I’m also not aware of any kids who like limes or figs (but I’m sure there are some out there), so these recipes are for Mum and Dad, assuming you don’t have a salicylate or amine  intolerance and can find the time to do a bit more cooking!.  The fig jam came about because the neighbours fig tree that overhangs the back of our yard was overflowing with figs and the parrots were starting to get drunk on them.  After picking them all we had about a kilo – enough to make jam – so I found this recipe from Taste.com and grabbed a lemon from another neighbours overhanging tree!  I love fig jam and this is delicious.

The lime marmalade was in response to our lime tree which delivered 100s and 100s of limes this year.  This recipe  is also from Taste.com and I quite like the flavour of this marmalade compared to orange marmalade.  Although I think the food photographer for the original recipe forgot that limes were green and that lime marmalade would also be green, and marmalade is made with a lot of peel!

If you are looking for lower salicylate jams, try the pear ones in my Basics section. 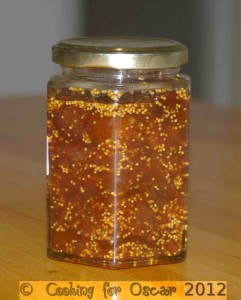 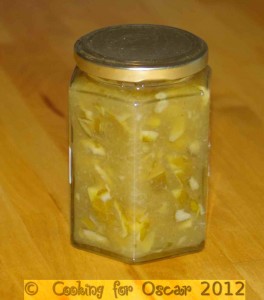