Making My Own – Vanilla Essence and Baking Powder

Vanilla Essence is very expensive, especially when you need to find a brand without preservatives.  I finally decided to try making my own, and even using good quality organic vanilla beans and vodka I’m saving almost $2.50 per 50 ml.  There a numerous recipes on the net for making vanilla essence and they really only vary in the number of beans per quantity of vodka and the time to leave it to develop, so I decide to use 6 beans and 2 cups of vodka, as my jar was 500 ml.  I left it for 4 weeks then had a look and it definitely smelt and tasted of vanilla, but I could still detect a bit of vodka.  After 6 weeks there was no trace of the vodka and I was ready to give it a go.  Many recipes say that the vodka can be topped up as the vanilla essence is used, but I think I’ll just use mine up and create a new batch from scratch.  The cost of my vanilla essence worked out at $4.40/50ml (using Loving Earth Organic Papua New Guinea Vanilla Beans and Russian Standard Vodka), compared to $6.87 for the last bottle of Queen Natural Vanilla Extract (black label) we bought.

While I was in the DIY mood I also decided to make my own baking powder.  I already stock all the base ingredients for it, so why pay someone else to put it together and package it?

Of course I then had to give both of these a test run by making vanilla muffins.  I can happily declare they were a success! 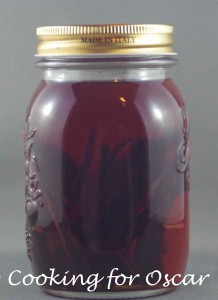 Make your own vanilla essence at home.

Vanilla is considered low chemical, but needs to be limited during the strict elimination phase.

Some recipes for vanilla essence recommend topping up the jar with more vodka as you use it up.  I prefer to let mine get stronger and start a new jar once it runs out. 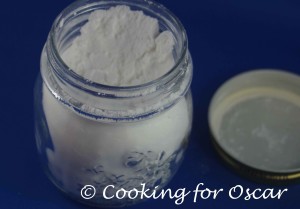 Make your own Baking Powder at home. 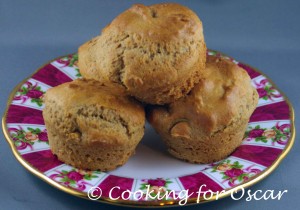 Easy vanilla muffins. Add other flavours to this base recipe.

Use this recipe as a base for other flavours.  Add up to 1 cup of other ingredients, e.g. mashed/pureed fruit, chocolate/carob chips, nuts, etc.

You can use store bought vanilla essence and baking powder or make your own.