Three Recipes for the Kids over the Long Weekend

The Australia Day long weekend starts tonight, so I’ve put together three easy recipes that the kids can help make, and then eat of course!

There’s a lot written about the dangers of letting children watch television, but I think all those articles are missing a key “danger”.  The one where your child is watching television and calls out “Mum!  Can we make {insert unsuitable food here}!”   This happened with Play school and their apple and blueberry pie, which I turned into apple and banana pie, and now again with the Bananas in Pyjamas and their Honey Cakes.   As I usually do in these situations I turned to Google and found this recipe by fuzzygirl on Best Recipes that claims to be the real BiPs’ Honey Cakes recipe.  There were a few substitutions to be made, but they still turned out pretty good.  The only thing was they were rock cakes the next day, so best eaten on the day they are made.

The cereal bites recipe came about because I wanted to find a new snack food for Oscar with a lot less sugar.  I couldn’t find anything on Google this time so I made something up – they’re not very different to muesli bars.  They must be good because Oscar kept coming back for more!  As well as being refined sugar-free these are also gluten-free and dairy-free, as well as FAILSAFE / Low Chemical.

The instant pudding recipe is from Frills in the Hills, no modifications required, but I did halve the sugar.  I haven’t had instant pudding since I was a kid, in fact I’d forgotten all about it before I came across the recipe.  Oscar had great fun making and eating it, although I had to convince him that the pudding made with milk would taste even better than the dry mix! 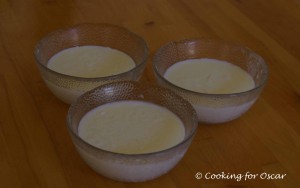 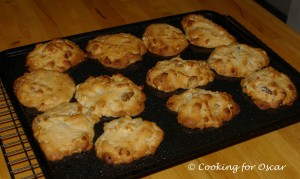 Bananas in Pyjamas Honey Cakes, with no honey and low chemical.

These biscuits need to be eaten the day they are made - they turn into rocks the next day.

You could also substitute maple syrup or golden syrup instead of rice malt syrup. 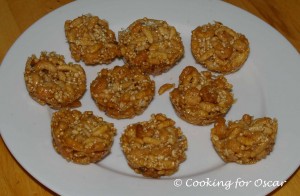 These cereal bites keep well in an airtight container.  They can be eaten as is for a snack or broken up and added to plain cereals at breakfast for a bit of sweetness.

Carob syrup can be purchased or make your own with this recipe.  You can also substitute the cereals for any other cereals you would like to use and/or add dried fruit or fresh grated coconut.